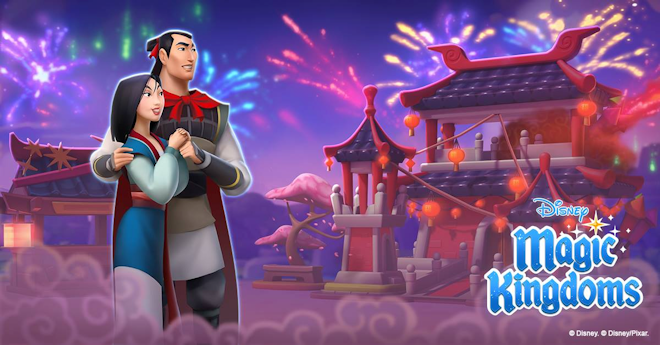 This event is similar to previous events, where NPCs have to be tapped, in this case Firecrackers (

Any Dragon Coins a player had remaining was converted to Gems (40 max.) at the end of the event.

75 Gems by Leveling Up Mulan Characters and playing the Striking Gold Mini Events and Wish Granter Mini Events during the event.

Mickey Mouse (Lunar) has been unlocked!

Li Shang has been unlocked!

Mulan has been unlocked!