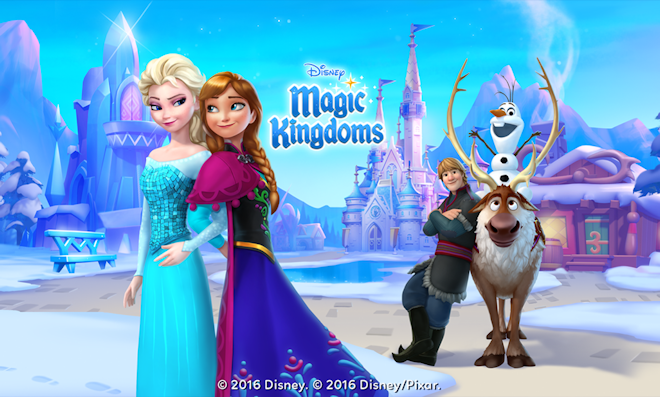 FROZEN HAS ARRIVED WITH A NEW FOUR-WEEK EVENT!
Join Elsa, Anna, Olaf, Sven and Kristoff on a frosty journey to find the source of the storm that is brewing in the Kingdom. This update is crammed with plenty of festive new content, including Elsa's Ice Palace and holiday costumes for Mickey and Minnie!