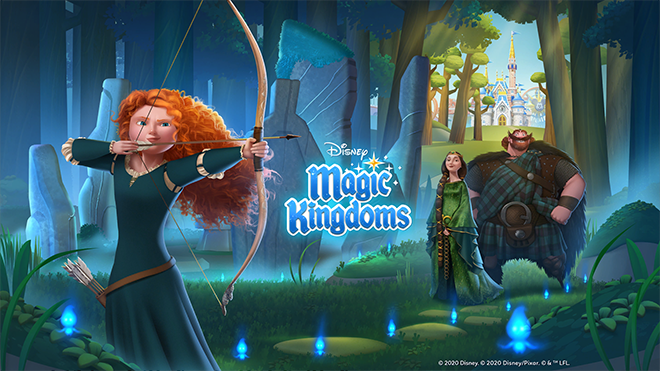 LET THE WISPS GUIDE YOU
Our fate lives within us... you only have to be brave enough to see it! In this epic, brand new limited-time event, Merida, Queen Elinor, King Fergus, Lord Macintosh, Lord MacGuffin and Lord Dingwall are coming to the Kingdom, standing their ground and destined for adventure!

Last, but not least... we’re also adding the Comfy Merida costume to the game, so that you can continue your Comfy Princesses collection! And remember, a princess doesn’t play with her haggis!

*Please note: Some platforms may receive the update at a later time, but don't worry – everyone will be able to take part in our limited-time events at the same time!

DARK MAGIC TAPPER EVENT – December 19th to December 21st
Dark Ravens have invaded! Tap to clear them and earn rewards before they fly away!

CLEAN SWEEP TAPPER EVENT – December 31st to January 2nd
Magic Brooms have invaded! Tap to clear them and earn rewards before they're swept away.

)! Tap them to win exclusive prizes!