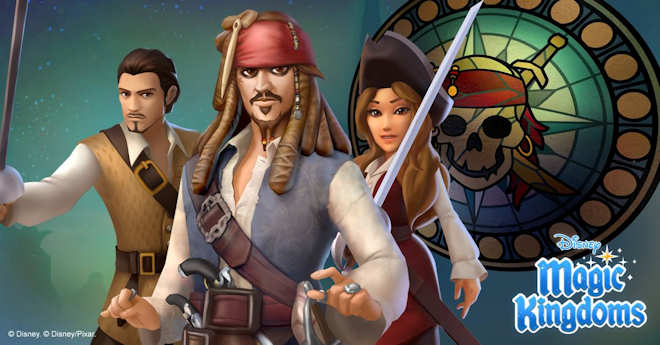 Pirates of the Caribbean Update

NEW ADVENTURES & TREASURES ABOUND IN THE LATEST UPDATE!
Captain Jack Sparrow, Elizabeth Swann and Will Turner are all coming aboard in this swashbuckling new update! Discover Tortuga Tavern from the Disney Parks and other Pirates of the Caribbean-inspired attractions and decorations!

Due to visitor-related bugs, wishes have been temporarily removed from the following activities: