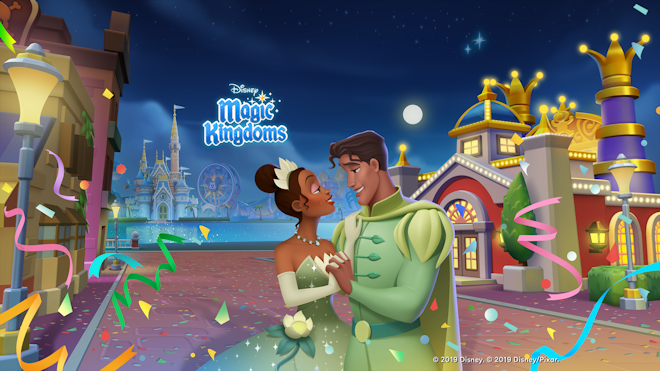 The Princess and the Frog Event UpdateCelebrate our 3RD ANNIVERSARY in this magical new update!

The Princess and the Frog Event Update

Celebrate our 3RD ANNIVERSARY in this magical new update!
Wish on the evening star in this limited-time event, and welcome characters from Disney's The Princess and the Frog. Tiana, Prince Naveen, Dr. Facilier, Louis, Charlotte La Bouff, Mama Odie and Eudora are all ready to join your Kingdom!

A new Comfy Costume will be available for Tiana! Grab a beignet and chill with the newest Disney Princess to join the Kingdom.