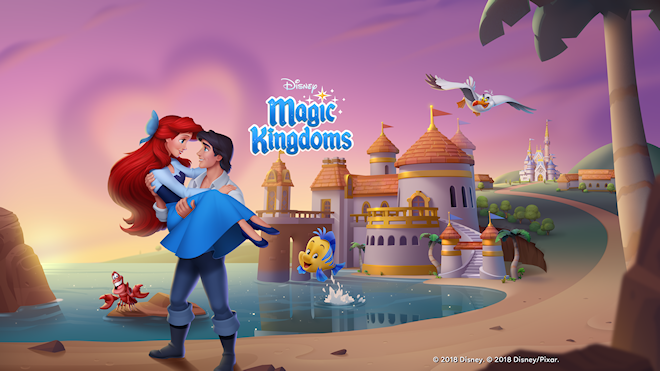 Welcome classic characters from The Little Mermaid and relive their memorable moments during this limited-time event! Ariel, Sebastian, Flounder, King Triton and more are setting off on a NEW musical adventure to defeat the sea witch, Ursula!

We've shaped the Kingdom to create an aquatic environment, allowing new water-based characters to swim around your park for the first time!

New Time-Limited Event
Welcome Ariel, Sebastian, Flounder and other beloved characters from The Little Mermaid to this limited time event! There’s no time to flounder! Ursula is not far behind!

New Lilo and Stitch Event Quests
Get some help with the event by completing new optional quests with some of your favorite characters from Lilo and Stitch!

Kingdom Quest and Side Quest Indicators
New icons are now available making it easier to identify Kingdom Quests from Side Quests.