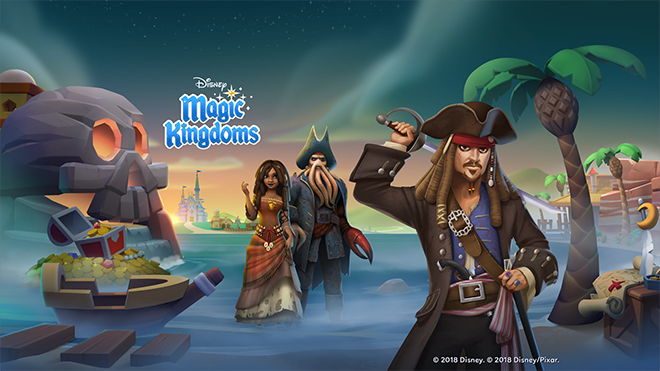 Pirates of the Caribbean Part 2, Peter Pan Part 2 UpdateEnjoy more content, along with NEW characters in the latest update

EXPAND WITH NEW LAND!
We've added MORE LAND in one of our biggest content updates to date!

MORE ADVENTURES
Enjoy more content, along with NEW characters from Peter Pan and Pirates of the Caribbean: Dead Man's Chest!

BATTLE MALEFICENT
Defeat Maleficent herself in a new Tower Challenge, including several improvements to help you keep her wicked plans at bay.

New Permanent Content
Play through all new storylines and welcome new Characters from Peter Pan and Pirates of the Caribbean: Dead Man's Chest along the way!