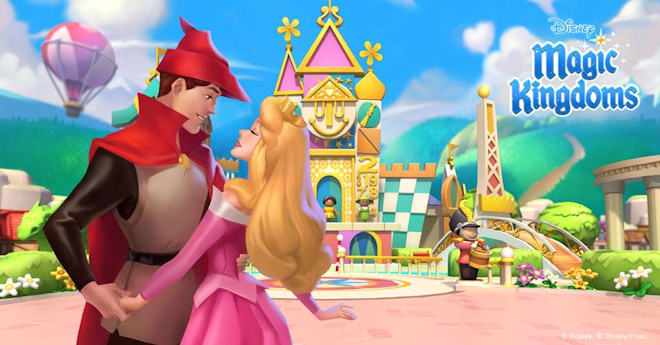 Your Disney Magic Kingdoms is about to get a lot more magical with new characters, attractions and more! Introducing Disney Princess Aurora, and other beloved characters from Disney's Sleeping Beauty.

Windows players, you will now be able to grant Wishes again, as we’ve fixed the issue with the Wishes not generating. Repopulate your park with happy Visitors once more!

Some players are also reporting incorrect push notifications for completed quests. We are looking into it, but in the meantime, you can always manage your Notification Settings in the Options Menu.

We've added Character Button notifications, which will let you know when new character are unlocked, available to Welcome, and ready to level up.

We've also added a neat feature to the Finder, which will now let you know when a character has completed a quest, as well as when the character has a new quest available. It also notifies you when a Parade is ready to launch. This will be useful since you can now run a parade 3 times a day!

Check out our new Options menu! And have you noticed the improvement on the tapping responsiveness? It should be easier to collect your Magic, Tokens, and Experience from attractions and decorations!

The Happiness System is now easier to manage! Your guests will stay Happy for a longer time, and the Wish spawn rate for Happiness Milestone 1 and 2 (Content & Cheerful) have increased.

With this new update, you can run not 1, not 2, but 3 parades per day! Time to collect those Tokens, Magic, and Gems! We’ve also increased the Parade duration, so now you can run it for a longer time. This means more bonuses for your beautiful Kingdom, so we hope you’ll enjoy them.