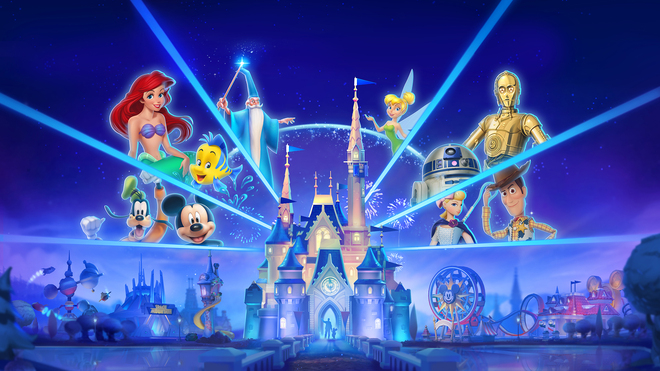 Charming Attractions such as "it's a small world", the Monsters, Inc. Laugh Floor and Space Mountain from Disney Parks from around the world, including Disneyland, California Adventure, Walt Disney World, Tokyo Disneyland and Disneyland Paris!

Dazzling new attractions such as WALL-E's House and Cyclops Sushi - all uniquely inspired by their movies!

Tap and Drag to Move Attractions

The Store All Buildings feature was introduced to the game with the The Princess and the Frog Event Update on 12th February 2019.

It is unlocked after Surprise Addition Quest.

Store All Buildings to Start Fresh!

The Enchanting feature was introduced to the game with the DuckTales, Enchantments Update on 2nd July 2019.

It is unlocked after How Enchanting! Quest.