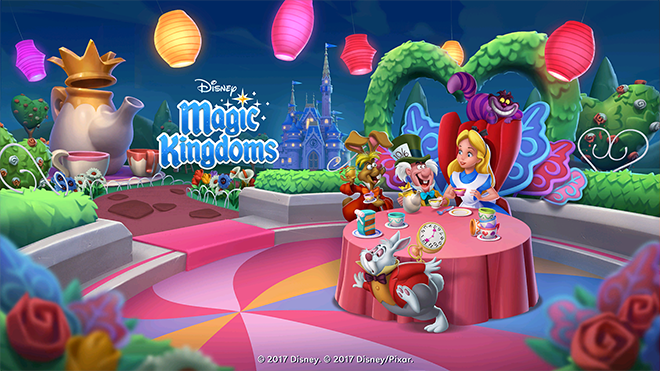 A Merry Unbirthday Event is the eighth major event of Disney Magic Kingdoms. It started on 26th October 2017 and ended on 16th November 2017, lasting 21 days.

This event is similar to previous events, where NPCs have to be tapped, in this case Bread-and-Butterflies (

Any Queen Coins a player had remaining was converted to Gems (40 max.) at the end of the event.

150 Gems by Leveling Up Alice in Wonderland Characters and completing quests during the event. 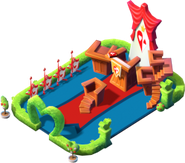 March Hare has been unlocked!

Caterpillar has been unlocked!

Alice has been unlocked!

Currency converted
Add a photo to this gallery
Retrieved from "https://dmk.fandom.com/wiki/Alice_in_Wonderland_Event_2017?oldid=235754"
Community content is available under CC-BY-SA unless otherwise noted.