What's on your mind?

In the new update, in order to level up certain characters, I need to unlock “discoveries” but I have no idea how to do so. Can someone explain what discoveries are and how do I unlock them?

(edited by RustyKiten)
Gold Trophies
This post is locked.

How far do I need to be in Disney Magic Kingdom timeline to get Lady and the Tramp?

I currently have all the Jungle book characters and all are at level 10 now ( whew, expensive!!). I think I have also completed all the quests listed in the Jungle Book storyline (don't think I missed any). Next up is the 5 million piece, but that is slow going as I am completing the leveling up processes for other characters.

(edited by Cdavymatias)
This post is locked.
The Aristocats
Robin Hood
The Rescuers
The Fox and the Hound
The Black Cauldron
The Great Mouse Detective or Oliver & Company

In the quest called "Shared Interests" Vanellope and Merida talk about a woman named Kaitlyn who wears white armor, and her lord who has red hair. I'm assuming Kaitlyn's a stormtrooper from the white armor sentence. So my question is who is this red haired lord? If it is Star Wars, I don't know the answer. I'm not a big fan of Star Wars.

I'm not a fan of this character limit uptake, especially during events, 'cause last time it was an issue for me since I already had a lot of characters in the kingdom doing tasks and couldn't put more until those ended theirs tasks and I sent them home (which made me a little late to really start the event).

But this is not what I'm here to talk about.

I understand why they've done it, to be able to release more land and all the other things that said, etc.

However, I believe that since we do not have the choice anymore to put more characters in the kingdom to earn some really good magic, the least they could do is to make the characters that are home to win more than the currently 8 magic per hour each, this is really little magic!

I think that made sense to not be much when we had the choice to leave them in the kingdom or at home. But now that we are obligated to leave most of them at home, I don't think it's fair.

Before, when I really wanted fast magic (not like every day, just when I had a huge goal) I would put all my characters in the kingdom and put them on short tasks a lot of times a day, now I can't do that, so slow magic for me :(, and for everybody else of course.

The new wiki format is super new to me and I'm trying to get fine with this, but I'm having issues when editing a page.

When I write a letter, this letter don't appear where I want this to appear, but this appear in other place of the page. It's super hard!

Continuation of discussion from TBarbe3's wall

As you may be aware, we are retiring Special:Forum and migrating all Forum content over to Discussions before migrating your wiki to the Unified Community Platform.

Discussions has recently received a wave of interface improvements to make the feature more comfortable for Forums users, thanks to awesome input from Forums communities and admins.

Additionally, Discussions requires participants to have Fandom accounts. You will not be able to contribute anonymously.

Check this archived thread for some frequently asked questions, but otherwise let us know any questions or comments you may have about this.

Is it possible to rearrange the tables for each character with a filter or toggle button (much like you see in excel for example).   Take Aladdin for example.. when I view his "activity" table, it lists his tasks from shortest duration (60m) to longest (24h).  Is there an easy way to view the tasks by Character Level?  That way, you could view what tasks become available at the next level without having to scan through the whole list.  Not sure if this is possible or easy.

symbol. But we don't have how identify the animations that are animated in a determined area from the park, like the dwarfes washing up and Jack Skellington and Zero playing next to them.

I found on reddit, weeks ago, some people wanting a list from these activities. And today I thought in a solution for this: A page organized with characters and the list of activities made for them thaat requires a area from the park. What do you think from this? 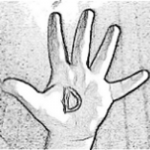 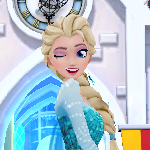 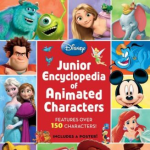